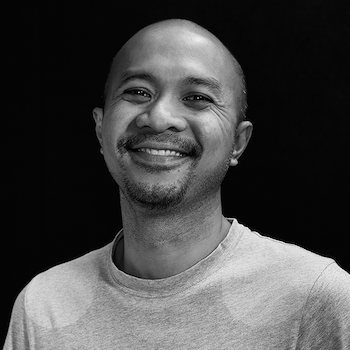 Trained as a graphic designer, Anam began his advertising career as an art director at TBWA\Singapore in 2003 and has since accumulated a wealth of experience and exposure, having worked at Y&R Beijing, Y&R Shanghai, JWT Singapore, and BBH Asia-Pacific.

Anam’s work has been recognized at almost every local and international advertising award show, including ADFEST, NY Festivals, Clios, One Show, ADC, New York AMEs, Effies, Spikes Asia, and he brought home Y&R Beijing’s first Cannes Lions and D&AD Pencil in 2010. He was the creative director behind the ‘Let’s Gap Together’ campaign – shot by legendary photographer, Annie Leibovitz – which launched Gap in China and steered the brand to be named ‘Asia’s Brand of the Year’ in 2011.

He returned to TBWA\Singapore in 2016 to lead one of the country’s largest global creative accounts, Singapore Tourism Board. He helped develop and launch the latest rebranding campaign, ‘Passion Made Possible’ with an award-winning platform that has picked up 6 gold, 12 silver, and 15 bronze at advertising awards across both creative and effectiveness categories.