Spikes Asia talks to Graham Drew about the campaign: Your Plastic Diet: How WWF began to turn the tide on plastic

When creativity is effective and effective work is creative, it has even greater power to positively impact people, brands and the world. Spikes Asia brings weekly insights from award-winning creators of inspiring work from across APAC.

Are you a strategist, planner or brand marketer who is curious about creative communications work that exemplifies both creativity and effectiveness? Download the Spikes Asia Effectiveness Compilation now and get inspired by the most forward thinking minds in Asia-Pacific.

The Spikes Asia Awards are the region’s top award for excellence in creative communications and marketing effectiveness, celebrating the very best in creativity in APAC. Get your 2022 awards entry kit now to benchmark your work against APAC’s top creative experts. 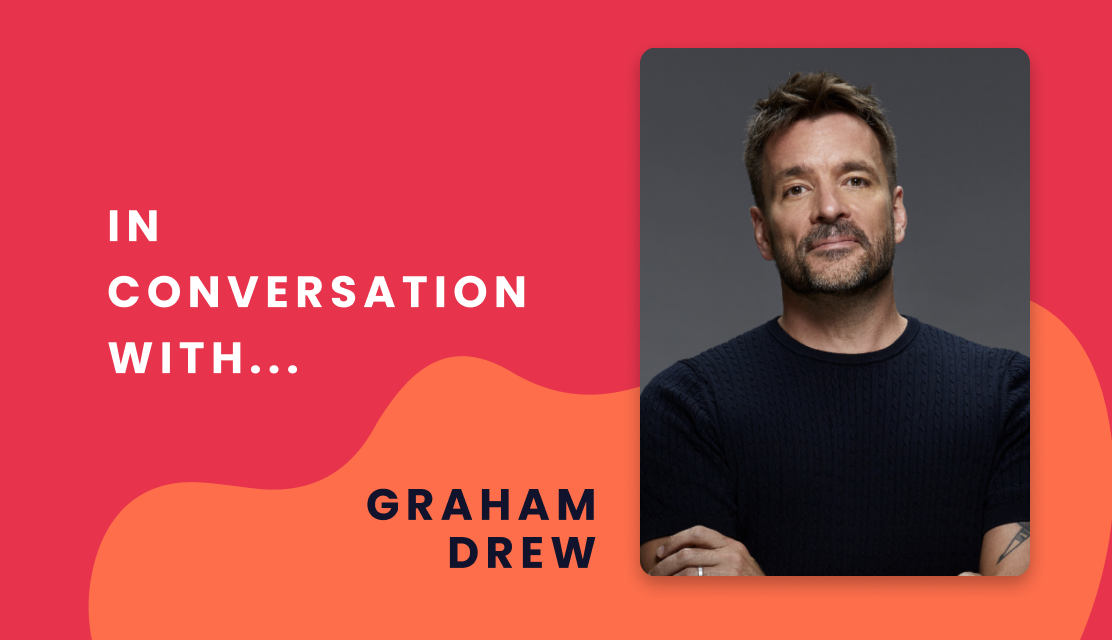 Title of the work:

Your Plastic Diet: How WWF began to turn the tide on plastic

Describe how 'Your Plastic Diet: How WWF' began to turn the tide on plastic

NGOs don't have resources to tackle worldwide environmental catastrophes through conventional means, so we had to find a way to frame the plastic crisis in a simple yet powerful way so it could resonate with all 7.5 billion people on earth.

YOU'RE EATING A CREDIT CARD A WEEK.

In one moment, Plastic Diet transformed an abstract environmental crisis into an unforgettable personal one and created the fastest single-action movement in WWF’s 60-year history - with 2.2 Million Pledges from around the world and 131 Country governments compelled to make the change.

Tell us why your team decided to enter Your Plastic Diet: How WWF began to turn the tide on plastic into the Tangrams Strategy & Effectiveness Awards.

The strategic challenge of this brief was more far reaching that anything we’d ever worked on before - we had to find an insight that unlocked an action that would compel the entire planet. We talk a lot about ‘yes, but what’s the ‘human’ insight?’ when talking about campaigns - in this case the insight was humans itself. We could see that the environmental debate was just not creating traction - there is so much going wrong with the world right now that the terrifying headlines about the climate and the environment are in danger of becoming so big that they are felt to be irrelevant.

If we wanted people to act, we had to make it about them, make it personal. It was this strategic shift that was fundamental to the creative work.

While Spikes is the cream of Asia for creativity, Tangram has long been a benchmark for the thinking behind the idea. For us, the thinking and the strategy was so integral to the execution that we hoped it would be worthy for an entry to Tangrams.

Every team has their own way of coming up with a campaign idea. In the case of Your Plastic Diet: How WWF began to turn the tide on plastic, how was the idea conceived? Was it by the creative team, the strategy team or was it a collaboration from the get-go?

I’m on the Global Creative Board and we are really tight as a group - whenever there is a ‘good one’ we don’t jealously guard it, we open it up. So the planning teams in Australia and Singapore wrote a great brief - the key part of that was ‘people are well aware of the planet cost already’. So, how can we create people pressure on the world’s leaders to act on plastic when most people don’t feel its destruction, only its usefulness? We then issued it to the entire Grey network - about 8 countries had a run at it. We selected the top 5 of these and presented them to the client.

One of these was the thought that ‘It’s impossible to ignore plastic’s impact on nature when you’re also the creature eating, drinking and breathing the pollution.’ - the creative execution was not there yet, but the heart of the idea just stood out from everything else. Part of the discussion with the client was that we wanted to commission bespoke research to quantify the amount of plastic - thanks to WWF’s scientific commitment we were able to do this.

After that it was round after round of shaping the expression of that research to distill it into a single-minded, universally understood expression. Because we needed a visual idea that would make sense to 100 different cultures around the world.

Through the research we found out that people ingest approximately 100,000 microplastics a year. That equates to approximately 250 grams of plastic a year. People are therefore ingesting 5 grams of plastic pollution every week. What plastic object weighs 5 grams and is ubiquitous, with 20 billion of them in use? A credit card.

YOU ARE EATING A CREDIT CARD A WEEK.

With this universal fact, we could turn billions of credit cards in people’s pockets into a personal and confronting reminder of the urgent need for change.

As a Gold winner of the Effectiveness Tangrams, can you elaborate on how Your Plastic Diet: How WWF began to turn the tide on plastic demonstrated the use of strategic and imaginative solutions that have delivered a measurable and proven impact on the business?

The really great thing about this campaign is that the results are in black and white.

We have phenomenal PR measures in terms of the awareness impact, but what really told us that our work was working was the number of pledges from people all over the world. We could directly track these - they were led to pledge from the work itself. This ended up being 2,2 million people from over 181 countries.

Coupled with that is the fact that these numbers enabled each of the WWF offices to individually lobby their country governments with a significant, country specific weight of people. This added to the collective efforts of the WWF - keading to 131 Country governments agreeing to the need for a Globally Binding Treaty on Plastic.

“When creativity is effective and effective work is creative, it has even greater power to positively impact people, brands and the world.” What are your thoughts on this statement?

How does marketing effectiveness drive creative thinking in your team’s work?

Looking at this questions I guess you could say there are three types of great work - some is beautifully creative in its expression, this stuff makes your neck hairs stand up. But it doesn’t always compel people to act. Everyone in the industry knows this - it can have amazing craft, it’s extremely seductive, that in itself deserves immense praise. But it doesn't always ‘work’

The other type of great work, inspires and compels an action - a change in behavior. This is just as difficult, maybe even more so. It isn’t always as beautiful, but it defies all personal opinion because the numbers speak for themselves.

The Spikes Asia Awards is open for entries.