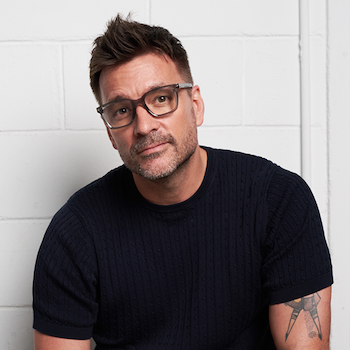 Graham started in London, but fell head over heels for Rendang and now calls Asia home. Since joining Grey, Graham has led pitch wins and helped create award-winning work for key clients such as P&G, WWF, SK-II, Tesco, Pantene, SEA Games, Carlsberg and Volvo. In 2020 he led his team to its first ever Creative Agency of the Year title, twice. A feat repeated in 2021. Graham was also named Campaign Magazine Creative Person of the Year for South East Asia.

Chairman of the APAC Creative Council and member of the Grey Global Creative Board. He’s also lucky enough to have won top honours at Cannes Lions, D&AD, One Show, Effie, Adfest, AdStars and Grand Prix at Spikes and WARC. Graham really has no idea how he’s managed to be part of all of these things and started a podcast ‘The Imposterous’ with his mate Michael Knox to try and find out from the world’s best creative leaders how the hell they have got away with it for so long. They recently recorded their 50th episode with Sir John Hegarty and are still undecided.